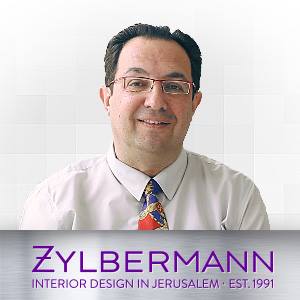 A few years ago, I spent a month in the United States [a Design Convention, a client’s wedding in New York, and at a client in central Hollywood, Florida]. That was the 1st time I realized that those ugly ceiling fans were in fact … so useful! Especially at night!

A year later, when I divided my own (unnecessarily too big!) apartment into 1 apartment for me and 3 units for rent, I realized that the lack of air would be a serious issue at night. So I bought 3 cheap ceiling fans for the rental units and one Designer (expensive!) fan from Swing.

After 2-3 years, all the cheap ones were broken and after 5 years, the Swing one was also broken. But, contrary to the cheap ones that I replaced on my account, for the expensive Swing fan, I went back 2 weeks ago, to the shop to complain.

At their new showroom in Talpiyot, Jerusalem, the Swing representative, Arie, informed me that all their models are guaranteed for … 25 years!!! And so, the repair will be … Free! [So it turned out that the initial extra cost was after all, worth every penny!]

Bottom line, I gave them my ceiling fan to be repaired on Tuesday at 10.00, and … Wednesday, the following morning, around 11.00, I received a call that my fan was 100% repaired! For free! They even replaced the remote control!

Such a service? I’m impressed!